Two Norfolk Broads holiday companies Herbert Woods and Crown Travel Limited have today announced that the directors of both companies have entered into a transaction whereby Herbert Woods will purchase 30 of the ‘Admiral’ and ‘Emperor’ cruisers currently operated under the Le Boat brand name. 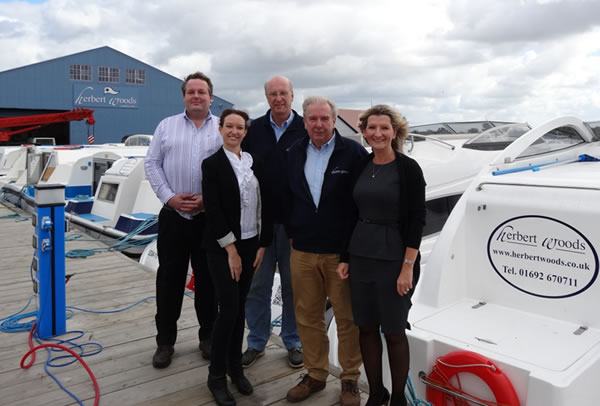 The ‘Admiral’ and ‘Emperor’ cruisers were originally built by Porter and Haylett, in Wroxham, and formed part of their successful Connoisseur fleet. Sleeping 4 to 6 and 6 to 8 respectively both styles of cruiser feature central steering positions and central saloon with sliding canopy. The low level design of these boats makes them ideal for passing underneath the low Broads bridges.

In addition to the sale agreement, the two companies have also entered into a distribution agreement that will see Le Boat act as a Global Booking agent for Herbert Woods within. Le Boat will offer both the ‘Admiral’ and ‘Emperor’ cruisers plus the Herbert Woods Elite fleet of cruisers to customers outside of the UK. Herbert Woods Marketing Director Amanda Walker said “We are very excited to have Le Boat operating as our global booking agent as it will allow Herbert Woods access to new overseas markets with an established agent who is a member of the TUI group.”

Herbert Woods will take ownership of the boats at the end of the 2013 season and the cruisers will be available in Herbert Woods 2014 brochures under the following names,